Hi our names are Masa & Miguel, and we want to share our story with you.

We grew up in Europe – Masa is from Slovenia and Miguel is from Spain. Our story begins in Singapore one June afternoon in 2004, where we boarded the same plane for Australia …
Yes, this is how we met – and while that is a long story in itself, 9 months later (2005) Miguel decided to follow me (Masa) to Australia, where I was working as a medical researcher. And while Miguel was a trained commercial pilot, he could not work in Australia because of his visa initially.
While we had great education, we didn’t really have a plan for financial success, let alone creating freedom.
This is when we first started thinking about what he could do instead of working in a dead end 9-5 job. At one point we were driving back home on a Sunday afternoon and we came up with the idea of opening a joy-flight business with a charter plane … only to find that just the insurance to open that business would have cost over 1M dollars.
With no capital to invest and no business knowledge, a few weeks later we met a 17 year old girl, who told me she helps people start business from home for a very small investment. It sounded interesting.
A week later we were sitting around our kitchen table with this girl’s mother and got very excited to sign up in our first network marketing opportunity (this was November 2005). We had no business experience, never heard of network marketing, but we were committed to making this work. There were many sleepless nights on the phone, building business in Europe where we had family and friends and trying to learn as much as we could, listening to endless tapes, CDs and going to events.

Around this time, we finally found a mentor, who had considerable success in the business and who first taught us about the importance of having a system to follow.
We started taking massive action. In 2008, we did over 200 home meetings in just 9 months and build a team from scratch to over 1000 people. We created momentum! We started making multiple 6 Figures a year.
The next 3 years were filled with travelling to more than 20 countries, many 16 hour days – doing whatever it took to create success. Here is some pictures from our travels to work with our teams. 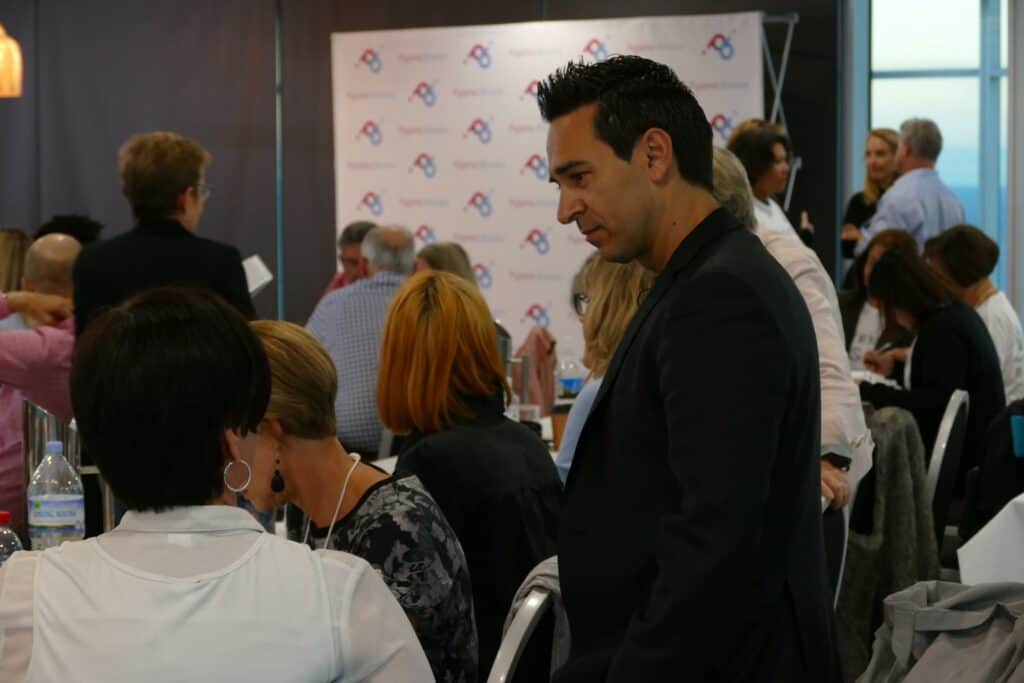 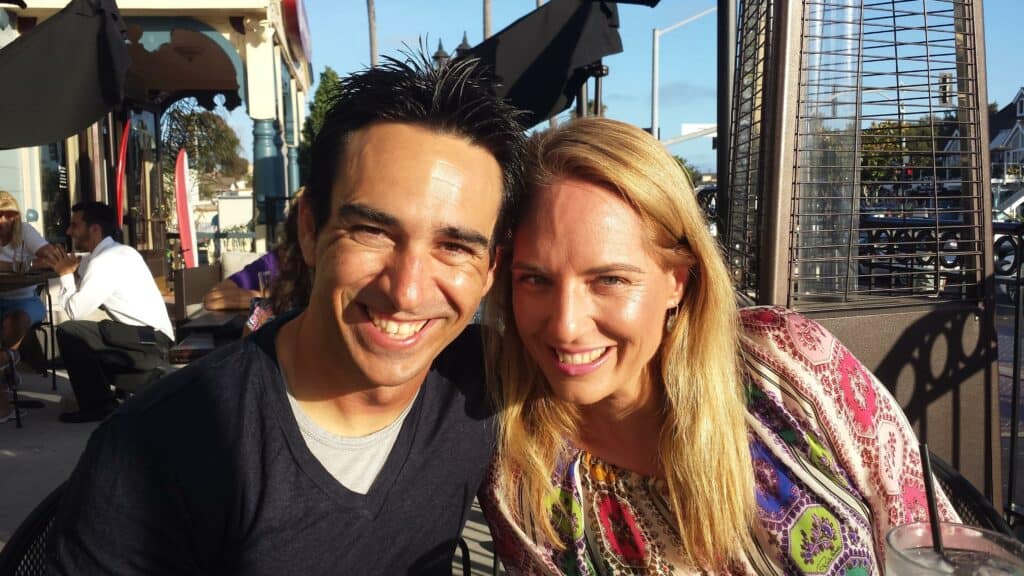 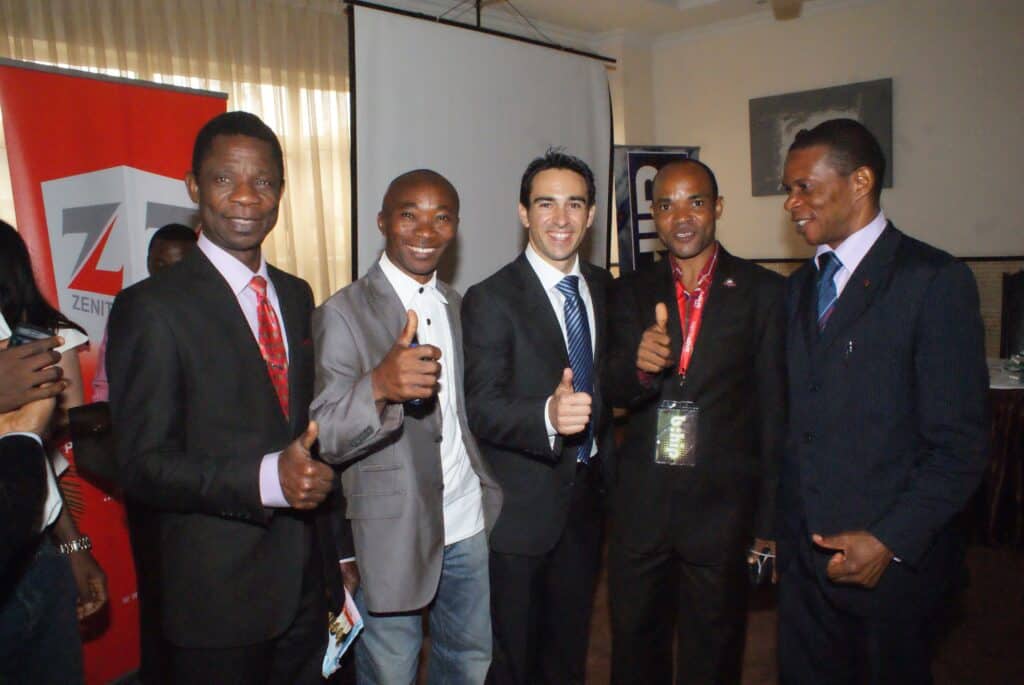 However, we started noticing that our income and business was plateauing.
We were bringing people in and they didn’t stick around. We were doing events around the world and if we were physically present, the teams would go to sleep.
It was almost as if … nothing was happening WITHOUT us.
We created a business we didn’t love, a team where no one could do what we did, everything depended on our skills, time and ability. It got worse … We continued to pour money into the business, travelling and doing events. At some point we were more than $200,000 in credit card debt, we were burnt out, exhausted and ready to give up.
The first week of September 2011 we both ended up in hospital within 7 days of each other – and to make it harder it was while travelling in Asia in a city where we knew noone.
We went back home to Australia and asked a better question: how can we do our business, so that we can scale our income while we decrease the time that we are spending doing our business. We started to build systems to support our team and create a clarity of what needed to be in place so that every team member CAN do what we did they day they joined.
This is where everything changed. What we did resulted in us more than 10x our income in less than 18 months. But most importantly, we were slowly able to decrease the amount of time we were working in our business and we were finally able to create some freedom.
This is where our breakthrough finally happened. I still remember going on a 7 day vacation (first one in 6 years) and not being able check the phone because there was no internet … only to discover we have just had the best week so far in business … It finally happened! Duplication and momentum was happening without us.
In 2013, we were finally recognised as millionaires on our company stage … and this is where Pyjama Bosses story was born. [picture]
We started getting so many requests from leaders from different companies to train their teams, give interviews, write articles, being featured in blogs…. so in 2014 we decided to launch a small training program on a new website called Pyjama Bosses. 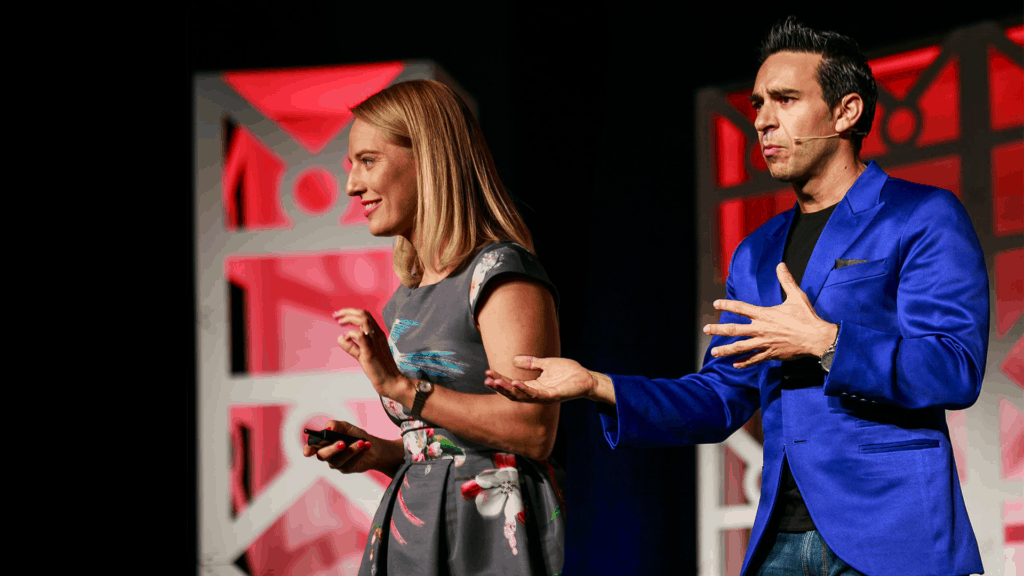 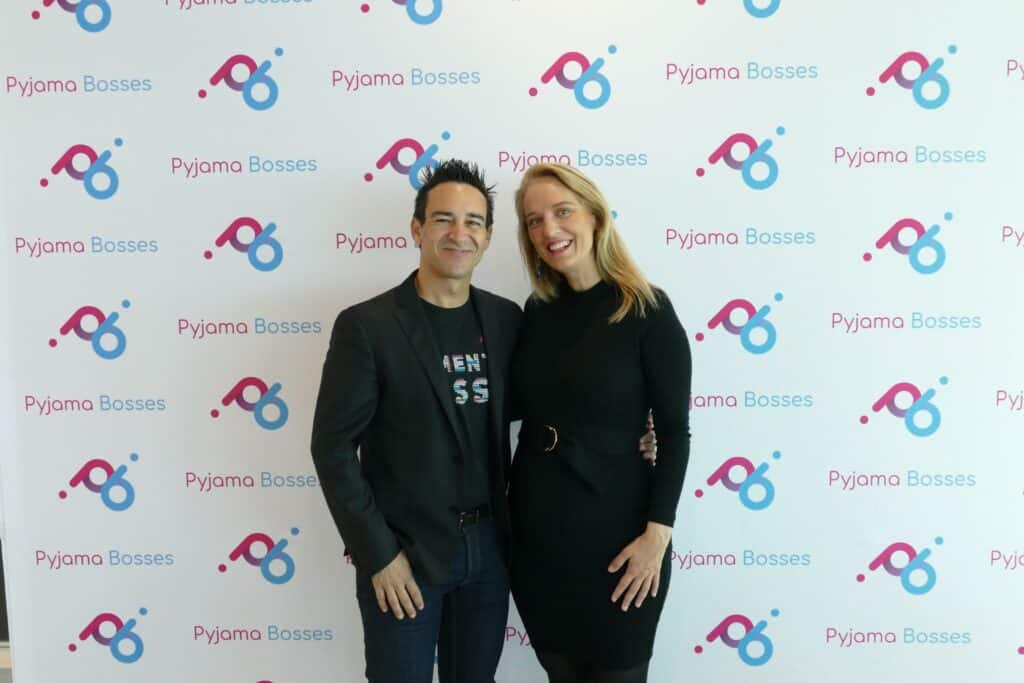 In the next year we had 10,000s of leaders from around the world watch our trainings, buy our programs and many would ask us if we can recommend a system they can use. This is why in November 2015 we finally decided to focus on helping leaders by creating systems and we launched the very first custom build platform for a team outside our own company.
Since then, we have helped over 7,500 leaders build systems for their teams and our focus is to help them grow and scale their business to 6 Figures.
We also run a private Mastermind of top network marketing leaders, where we share the latest strategies and systems that are transforming the network marketing profession. 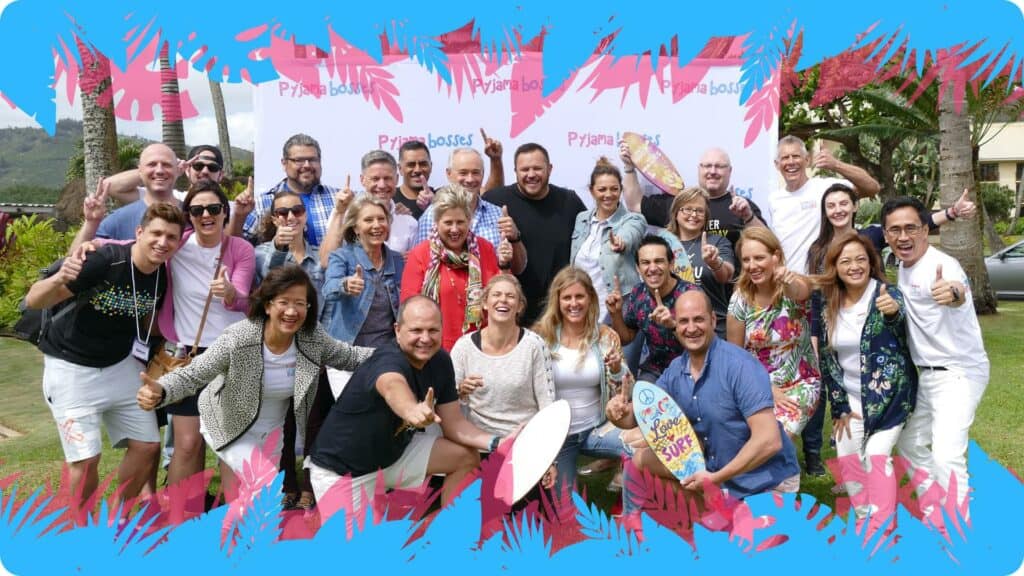 It is now our mission to help you create massive results and leverage. You can start by listening to our free training here.